A LIFE WORTH LIVING

May 12, 2014 -- In 2004, Marc Broussard released his major-label debut entitled Carencro, after the Louisiana town where he was born and raised, and its thematic centerpiece was a hickory-smoked slab of Bayou soul called “Home.” That album and the three that followed revealed Broussard as an old-school Southern soul singer blessed with a rarefied gift and innate stylistic and emotional authenticity.  Now, a decade after his critical breakthrough, Broussard has come full circle with A LIFE WORTH LIVING his sixth studio album  that celebrates what home means to him - from his family, community, relationships - to all the minutiae of everyday life that he has come to treasure.

From the charged metaphor of the opening track “Hurricane Heart” to the closing existential lament “I’ll Never Know,” A LIFE WORTH LIVING takes the listener into a song cycle that brings those traditional American values to vivid life, a series of ballads and deep-gut soul-rockers with revealing titles like “Edge of Heaven,” “Another Day,” “Weight of the World,” “Perfect to Me” and “Shine.” These songs, some intimate and others churning with intensity, like the kickass blues-rockers “Dyin’ Man” and “Man Ain’t Supposed to Cry,” chart the full range of concerns and emotions of a man as he experiences the joys and sorrows of existence. With A LIFE WORTH LIVING Broussard gets really close to the bone and that’s particularly revealing on the title track, a poignant story of the passing of his grandmother. 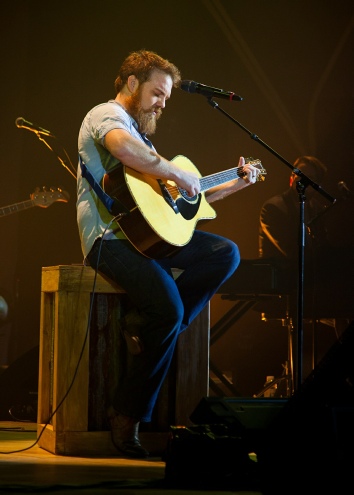 “The lion’s share of the material on this record is extremely personal.” Broussard says. “There are decades of stories behind a single line in any of these songs. Whether it’s because I’m older and a little more perceptive, or whether it was just the right time, I find myself with a set of songs that really means the world to me,” In that way alone, it’s vastly different than anything I’ve done before.

A LIFE WORTH LIVING, marks Broussard’s return to Vanguard Records, which released 2007’s SOS: Save Our Soul, his scintillating album of covers of Southern soul classics.