Solomon Burke’s soul classic “Cry to Me” inspired Marc Broussard’s eighth album, S.O.S.: Save Our Soul 2. Broussard’s studio interpretation of “Cry to Me”—and his choice of his father, guitarist Ted Broussard, as a session player—says much about the 34­-year-­old Cajun soul singer from Carencro.

“Cry to Me” is one of the soul standards that Broussard, this year’s headliner at the Bogalusa Blues & Heritage Festival, grew up loving in southwest Louisiana.

“Solomon was such a fantastic singer,” Broussard said. “And the song, it just hits me so hard. I obviously first heard it watching Dirty Dancing all those years ago. I recently discovered it again. I knew that it was the right song to lead this project.”

Pairing himself with his father for “Cry to Me” was another natural choice. The elder Broussard’s decades in music include his work with the Boogie Kings, the Acadiana dance band that dates to 1955.

Broussard loves working with his dad on stage and during the renovations the two of them are making on the singer’s house in Carencro. Broussard shares the house with his wife, Sonya, and their four children. It’s on the same street as the singer’s parents’ and brother’s homes.

“I’ve been playing music with my dad my whole life,” Broussard said. “I saw ‘Cry to Me’ as a great opportunity to show my fans where I’m from and who I’m from. And my dad is such a good player. It’s really a no­-brainer to call him in the studio.”

The album is a sequel to 2007’s S.O.S.: Save Our Soul, Broussard’s first collection of soul remakes.

“The songs produced themselves in the studio, because we had such a great template to work from,” Broussard said. “It’s so fun to do those old arrangements, because they’re just so good. Songs like ‘What Becomes of the Brokenhearted’ and ‘Twistin’ the Night Away,’ we had fun recreating their spirit.

“The album is essentially a high fidelity version of those tunes. Not in any way updated, other than the way we recorded it. So the tones are a little bit richer.” 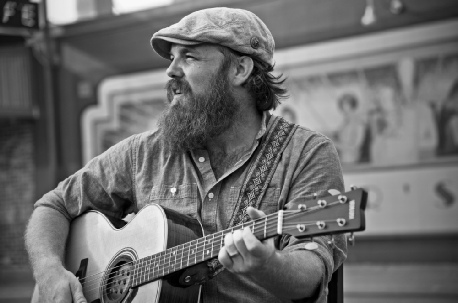 S.O.S. 2 also features “Every Tear,” a more recent composition by David Egan, the much­-recorded Lafayette songwriter, singer and pianist who passed away in March. “I’m really proud of it,” Broussard said of the Egan song, an album bonus track. Broussard originally planned to make S.O.S. 2 a collection of traditional blues material.

“But once I settled on ‘Cry to Me,’ it was, ‘Naw. Let’s do another soul album. We’ll mess around later.’” Broussard plans to release S.O.S. albums annually, covering many genres along the way, including gospel and country music.

Supporting charities is another component of the projected S.O.S. album series. Working through his SOS Foundation, Broussard will contribute 50 percent of S.O.S. 2’s profits to City of Refuge, he said, an Atlanta charity involved in housing, youth development, health and vocational training.

When he became an independent artist, one not signed to a record deal, Broussard said, “I saw the potential to do good with the amount of money that can be raised through record sales. I’m willing to put my money where my mouth is, and put my songs and my voice behind it, to help people who are suffering here in the U.S.

“An artist in my position can effect change because of the numbers of interactions I have with my audiences. I want my fans to know that, moving forward, this is going to be a major part of the mission.”

Broussard’s musical mission reached a national level in 2002 when he released his album debut, Momentary Setback. In 2004, Island Records released the then 22-­year-­old singer’s major label debut, Carencro. The most successful album of Broussard’s career, Carencro introduced his signature song, “Home.” Broussard and his dad share the song’s writing credit. “We still close every show with ‘Home,’” Broussard said. “It’s lightning in a bottle when you can catch a song like that.”

Fourteen years after his album debut, Broussard is looking forward to his career’s continuing evolution. “I know I’m doing what I’m supposed to be doing. I know what I do for a living, making music, is having a positive impact on the world, in some small measure. I’ve spent all this time beating the streets and putting butts in seats. I’m on a mission. That’s the only way I can describe it.”

4. Twistin’ The Night Away

5. These Arms Of Mine (feat. Huey Lewis)

6.  What Becomes Of The Broken Hearted 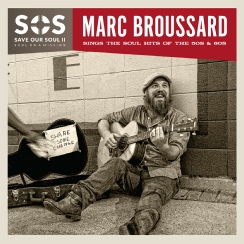