1.Don’t Ask Me About Hamilton (Anymore)

3. Sweatpants On The Living Room Floor

4. Trust Is A Four Letter Word

5. Glad I Wasted All My Time With You

7. The Night Ed Sheeran Slept On My Couch

Victory has a hundred fathers and defeat is an orphan — at least, that’s how the old saying goes. But as passionately as we’re conditioned to strive for first place in our success-driven world, deep down we all know we’re our truest selves when we’re confronted with failure. It’s a sobering subject, and perhaps not the first you might expect to inform a hook-filled, piano-driven pop album, but Julian Velard isn’t your average recording artist.

The New York-based singer/songwriter’s fifth full-length LP, Fancy Words for Failure, surveys that universal chasm of disappointment with the bemusement reflected in the its title. Suffused with the same musical warmth and melodic sophistication fans have come to expect, the album adds another batch of unforgettable characters to Velard’s growing gallery of hangdog rogues — potentially unreliable narrators who cop to professional jealousy, domestic discord, thwarted ambitions, and money woes; who acknowledge their lives are really pretty great, even as they can’t help but wonder why that brass ring remains stubbornly out of reach.

Leavening the melancholy strain that runs through the record is the classic songcraft that’s earned Velard a devoted cult following (and helped make him an unlikely favorite among pop connoisseurs in the Netherlands). Fans of Billy Joel’s early Brill Building eclecticism and Randy Newman’s acid wit will hear strong echoes of those traditions in Fancy Words for Failure, which — much like its songs’ protagonists — tucks its darkest moments behind a quick joke and a (mostly) sincere smile. As a songwriter, Velard continues to mature, weaving together chord changes that belie the depth of his musical background without ever forgetting the value of a hummable hook.

Title notwithstanding, Fancy Words for Failure finds Julian Velard honing his creative craft while balancing his growing discography against a number of other musical gigs, including a relationship with The Howard Stern Show as the bandleader on the long-running radio hit’s wrap-up segment, a guest musician spot on NPR’s Ask Me Another, and a jingle-singing sideline that’s put his voice in spots for Coca-Cola, Wix.com, Google, and the New York Knicks. Along the way, he’s also co-written extensively and landed a number of cuts (including a song on Olly Murs’ debut LP) and toured extensively, sharing international stages with a growing list of acts that includes Paul Carrack, Jamie Cullum, Amy MacDonald, José González, and Goldfrapp. Raw and honest, bruised yet hopeful, Velard’s latest proves Failure isn’t the end — if anything, it sounds like he might just be hitting his stride. 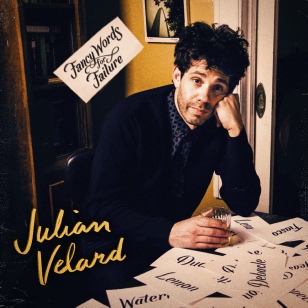 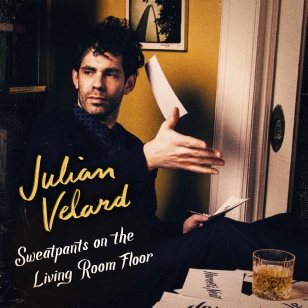